In 1938, Jacksonville Highway, Route #301, was extended and passed through the Community, making it necessary to "fence in" the cows, mules, and pigs
which heretofore had roamed free. Electricity became available in 1940 thus increasing the dairy production.

During World War II, families were encouraged to do their "War effort" and tempted by high wages, left their homes for the various jobs up North which
diminished the labor force on the farm. Crops were slowly depleted and dairy work stopped forcing the Cooperative to dissolve. In 1966 the property, 801
acres, was sold to the Brunswick Pulp and Paper Co. Shareholders were to receive their portion of the sale. The lots for which deeds were held remained
with the member some of whom had built their homes on same. The Company store operated for several years afterwards. Heirs were notified, and for
those who could not be located after the limited time, according to Georgia Law, their money was donated to the Wayne County Board of Education. This
money was used to complete the tennis courts of the Wayne County High School where a monument stands honoring the Finns for this gift.

Many of the original houses are still in use and children of the original shareholders retain their deeds. Others have remained in the local area of Jesup.
The Finnish language is still spoken by some of the residents. One, a member since 1928, Matti Kallio, born 1896, who worked as Manager, Postmaster,
and Storekeeper was at hundred years old still active in the Community's affairs. Most of the ethnic residents now have their own saunas.

A few old buildings remain as remnants of it's early days as a progressive working farm. The tall Oak tree alongside Rt. #301 that served as a local
landmark was cut down recently thus eliminating another identification of the once-renowned "Finntown".

Due to the assignment of numerical addresses for Emergency Medical Service (911), we now have street names effective June, 1991. I was requested by
the Postmaster to suggest names that would identify our Finnish village. After consulting the neighbors, the following were chosen: Sauna, Finland, Kallio,
and McKinnon. The side street was named Sisu. Kallio is in honor of the longtime resident, Matti Kallio, and McKinnon for other residents with no Finnish
heritage.

Compiled by Velma B. Salmi 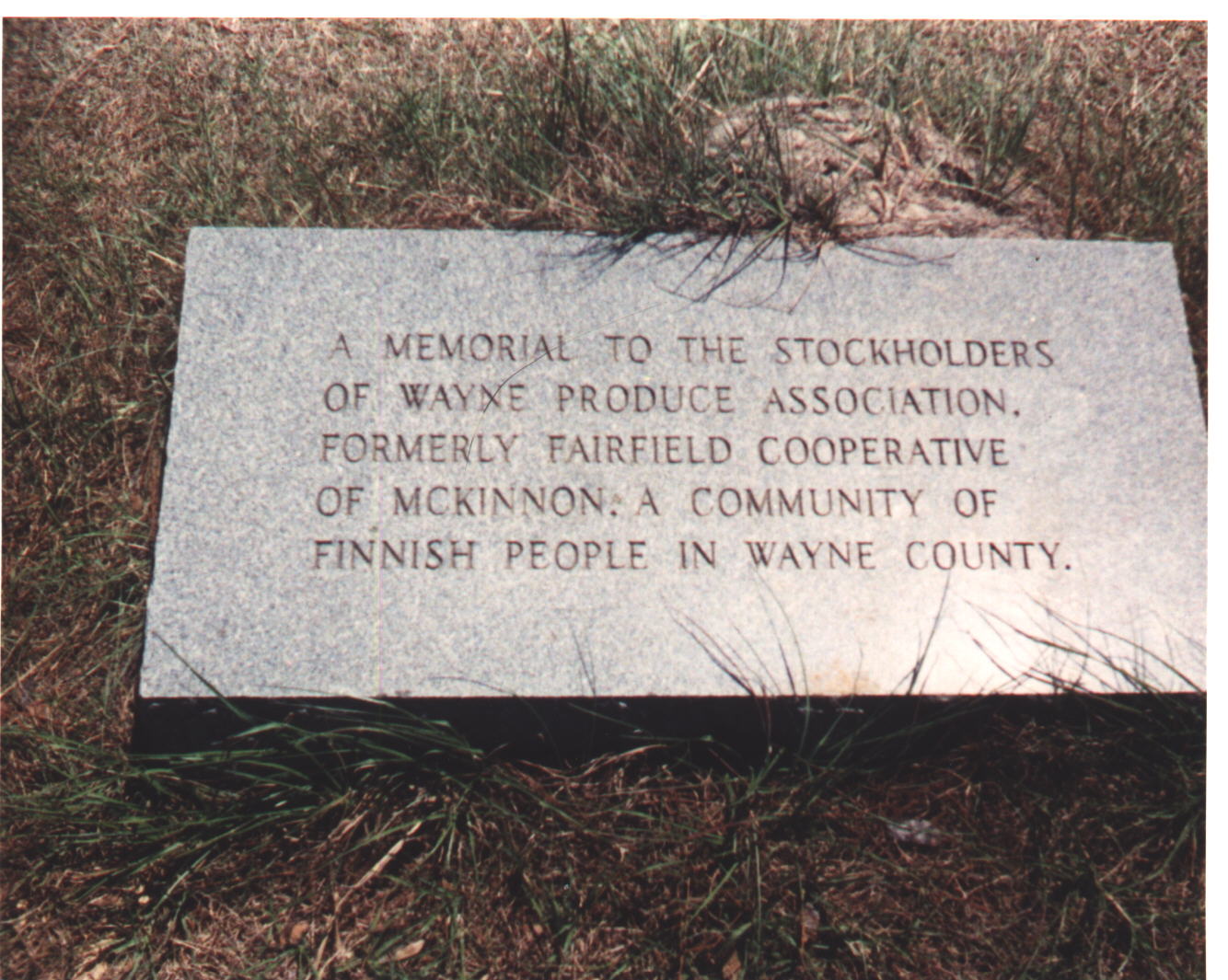